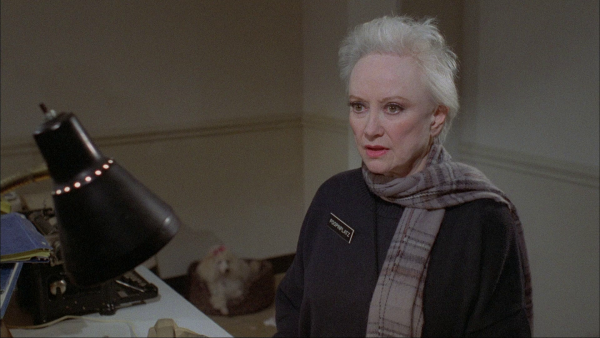 Seeing Phyllis Diller credited as part of the cast of 1991's "The Boneyard" inspires certain expectations for the film. However, while she is portraying a woman named Ms. Poopinplatz, Diller is actually quite game to go wherever writer/director James Cummins leads, including a rare screen appearance without her famous fright wig, showing up here with her naturally thinning hair, adding to the characterization. "The Boneyard" is an odd mix of camp and emotional sincerity, but Diller certainly helps the cause, adding enough energy to her corner of the movie to help boost the appeal of the overall work, finding Cummins struggling with pacing issues in the first half of the effort. It's a wild movie, but only when it finally reaches a point of explosion, and that's a long journey to a proper screen release.  Read the rest at Blu-ray.com