Director Carlos Tobalina is primarily known for his work in adult cinema (helming titles such as "Champagne Orgy" and "Sexual Kung Fu in Hong Kong"), but there was a moment in his career where he wanted to try out some professional legitimacy. 1985's "Flesh and Bullets" doesn't contain any hardcore material, but it might as well, with Tobalina treating the "thriller" with the same kind of attention most throwaway X-rated endeavors receive. That's not to suggest the movie isn't a wildly entertaining junk food viewing experience, but "Flesh and Bullets" is no display of creative focus from Tobalina, who sticks to what he knows, only dialing down graphic content. Read the rest at Blu-ray.com 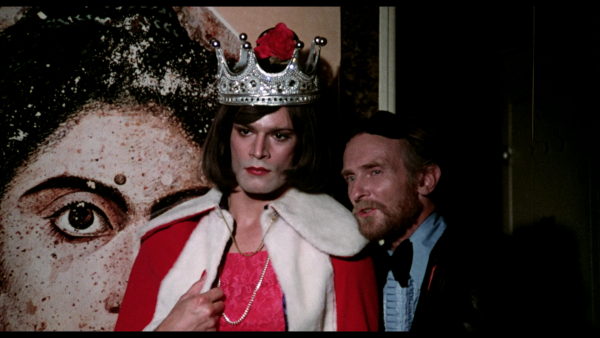 Co-writer/director Alan Ormsby endeavors to create something wacky with 1974's "Murder on the Emerald Seas" (a.k.a. "The Great Masquerade"), and his approach to big screen comedy takes some getting used to. Clearly a fan of classic comedies, favoring the work found in silent cinema, Ormsby tries to master the same timing and tirelessness for "Murder on the Emerald Seas," which plays broadly and excitedly with familiar set-ups and punchlines. It's a whodunit, but providing a thorough mystery isn't part of the production's plan, as most energy is poured in generating silliness, which can only reach as far as the iffy screenplay allows. Read the rest at Blu-ray.com 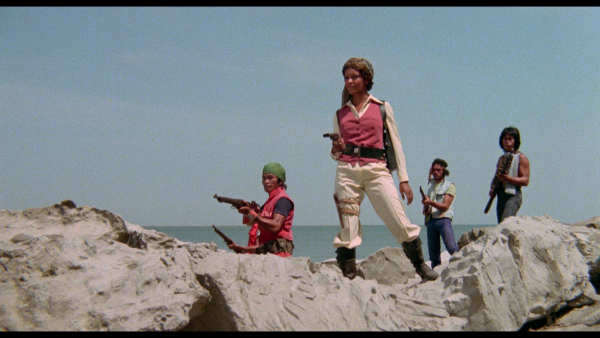 1976's "The Muthers" is happy to participate in a multitude of subgenres, hoping to appeal to as many audiences as possible with a relatively simple product. The overall mood is rooted in Blaxploitation, focusing on tough black women and the nonsense they reject, but there are also cinematic avenues to explore that include martial art displays and women-in-prison entertainment. "The Muthers" isn't classy, trying very hard to follow filmmaking trends, but director Cirio H. Santiago launches an amusing assault, working to keep the endeavor on the go with action encounters and assorted survival challenges.  Read the rest at Blu-ray.com

Blu-ray Review - The Hang Up 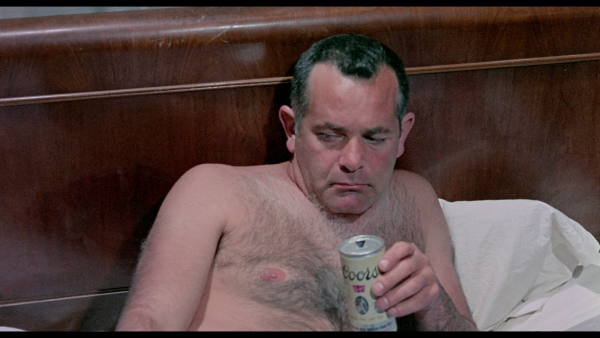 1969's "The Hang Up" offers no introductions, flinging viewers into a gender fluid bar where a young entertainer known as Suzette sits in the middle of the room, removes her top, and wills herself to orgasm. No characters are identified or motivations established, it's just pure sexploitation filler from writer/director John Hayes, who trusts the core demographic sitting down to watch the picture are far more interested in the baring of breasts than the morality play to come. "The Hang Up" eventually connects to a story, but it's hard to top such a bizarre opener, though the kinky melodrama that ensues is just kooky enough to pay attention to, though it helps to have the knowledge that Hayes never returns to salaciousness with the same verve he offers in the film's opening.  Read the rest at Blu-ray.com 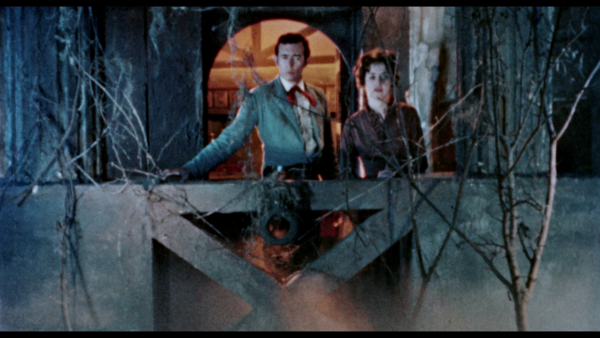 In the general DIY movement of horror cinema in the 1960s, perhaps spurred on by successes achieved by Hammer Films and Roger Corman, more than few oddball productions managed to sneak their way into release. 1962's "The Dungeon of Harrow" is one such picture, with co-writer/director Pay Boyette trying to create his own gothic nightmare with only a few passable ideas, struggling with budget issues and a strange imagination for evildoing inside a remote castle. "The Dungeon of Harrow" is painfully inert at times, but for those who have the patience for slow-drip suspense, the feature does have the advantage of an ending, with all the sluggishness, crude technical achievements, and labored performances actually leading somewhere for a change, though it takes an incredible amount of patience to get there.  Read the rest at Blu-ray.com 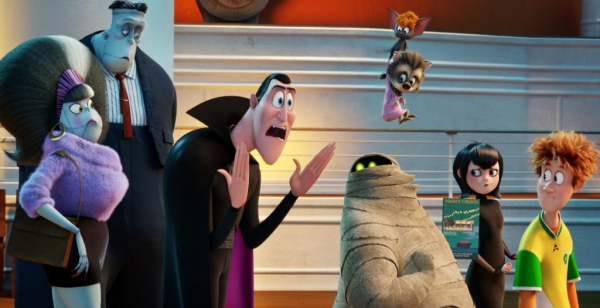 Franchise fatigue is a very real issue with animated features, finding certain productions struggling to dream up something worthwhile to keep up monetary interests and, more often than not, the best ideas have already been used up. Originality isn’t an issue for “Hotel Transylvania 3: Summer Vacation,” as the previous two installments haven’t been all that inspired to begin with, giving the screenplay free reign to do anything it needs to do to keep the characters busy for 90 minutes. For returning director Genndy Tartakovsky, “Hotel Transylvania 3” is a shot to purge all his cartoon reverence into an unlikely second sequel, cranking up the silliness and general rubbery nonsense to point where the actual plot gets in his way. Tartakovsky is making this one for himself, folks, and while he’s attentive to expectations (don’t worry, there are fart jokes), he’s also going bananas with previously unseen scale and manic animation, making the endeavor the best of the series just by sheer energy alone. Read the rest at Blu-ray.com

With the success of “The Purge” and its sequels, there’s clearly an audience for dystopic visions of the near-future, where a world teetering on the edge of chaos finally plunges into darkness. Writer/director Mike P. Ryan sets up to the plate with “The Domestics,” his take on end-of-civilization horrors, and, unlike “The Purge,” he seems to understand the need for pace and performance when feeling out the edges of inhumanity. It also helps to have an unusual setting, with “The Domestics” a “Mad Max” riff that crosses Wisconsin, finding Hell on Earth in Midwestern surroundings. Ryan has fresh ideas and rhythm to go with his cinematic tributes, with the film also taking notes from “The Warriors,” setting up a chase picture that’s heavy on barbarity and oddity, and smart enough to only take a few pit stops as Ryan arranges apocalyptic violence and bits of dark humor.  Read the rest at Blu-ray.com 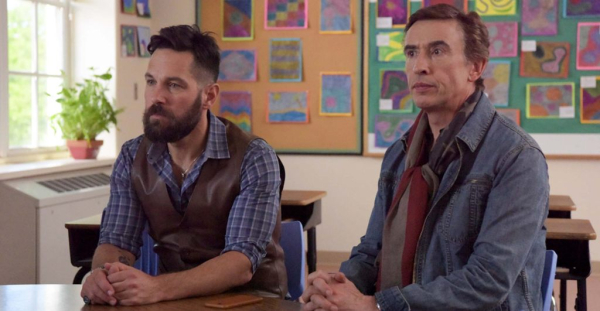 “Ideal Home” brings writer/director Andrew Fleming back to screens after some time away, last seen with 2014’s disappointing “Barefoot.” Fleming was once a promising filmmaker with a string of creative successes in “Threesome,” “The Craft,” and “Dick,” but he lost his vision along the way, getting stuck with underwhelming fare such as “Hamlet 2” and an ill-advised remake of “The In-Laws.” The good news is that Fleming is back on solid ground with his latest endeavor, and it’s one from the heart, taking a comedic look at gay parenting in “Ideal Home,” which does an impressive job riding the line between camp and syrup. It’s a silly picture, which helps to extract a good number of laughs, but the effort also gives Fleming some much needed inspiration, finding his helming mojo with a very funny movie.  Read the rest at Blu-ray.com 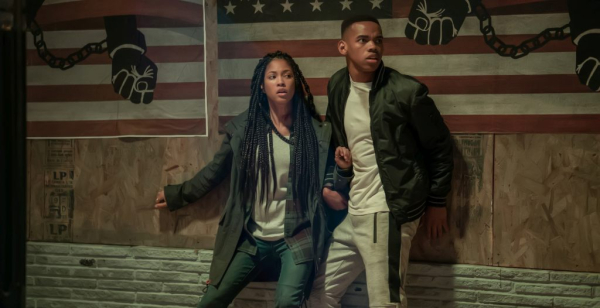 Writer/director James DeMonaco ran out of macabre ideas with 2016’s “The Purge: Election Year,” taking matters to their natural conclusion by serving up the same style of carnage as the previous two chapters, while somehow encouraging the worst acting the series has ever produced. With nowhere to go, DeMonaco now pulls a prequel out of his back pocket, which provides a chance to refresh a moldy premise for future sequels, keeping the low-budget mayhem going for another two years. “The First Purge” isn’t here to provide answers or even properly set up the cruel American order that’s established the free-for-all murder night. It’s simply DeMonaco making yet another terrible exploitation movie, only now he fully exposes TrumpWorld touches that were teased in the last installment, turning alleged subtext into finger-painting to fully pander to the target audience.  Read the rest at Blu-ray.com