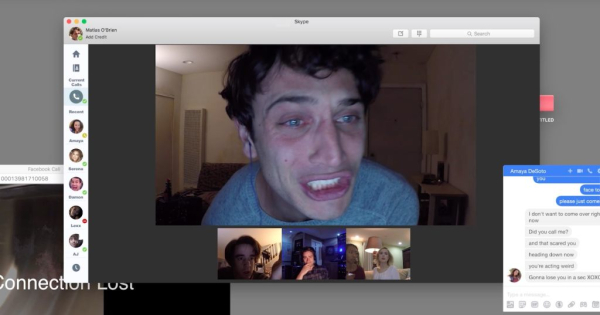 2014’s “Unfriended” was a minor surprise during the film year, offering a desktop chiller aimed at teenagers that actually worked in many respects, keeping suspense alive and the strangeness of the setting active. It was small in design and supernatural to boot, but it managed to make something out of next to nothing, giving the computer-based thriller subgenre a nice boost of invention. Four years later, there’s a sequel, and one that does away with ghosts and jittery teenagers, graduating to a more mature set of victims and the grim evening they’re about to experience. “Unfriended: Dark Web” doesn’t have the element of surprise, and it doesn’t have much of a story either, finding writer/director Stephen Susco (screenwriter of “Texas Chainsaw 3D”) trying to be edgy by going bleak with laptop hellraising, engineering a strangely angry sequel that liberally borrows from better movies to feed its own mediocrity. Read the rest at Blu-ray.com