Film Review - The Legacy of a Whitetail Deer Hunter 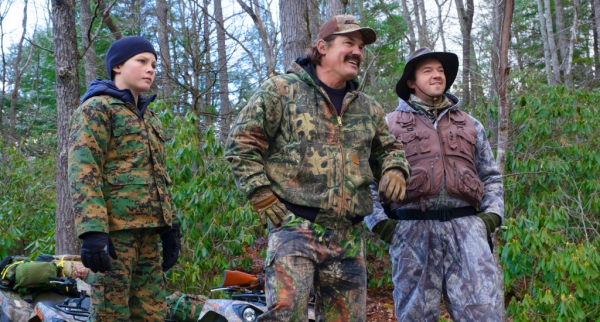 Co-writer/director Jody Hill returns to feature-length moviemaking with “The Legacy of a Whitetail Deer Hunter,” finally following up his 2009 dark comedy, “Observe and Report.” Hill’s been involved with television for the last decade, guiding such shows as “Eastbound & Down” and “Vice Principals,” where he’s masterminded all kinds of craziness, often with collaborator Danny McBride. With “The Legacy of a Whitetail Deer,” Hill softens some to examine the troubled mind of a divorced dad trying to making a lasting impression on his son, creating a parody of basic cable hunting shows while attempting to show a degree of serious with emotional ruin. Comedy is here, but not always a priority to Hill, who’s aiming for more of a character study than a laugh riot, and this picture doesn’t benefit from a general muting of silliness.  Read the rest at Blu-ray.com