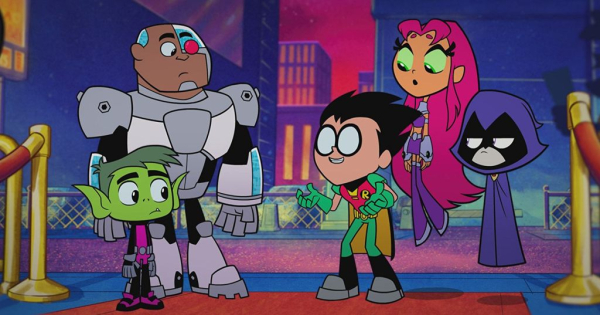 While it’s difficult to forecast just how well “Teen Titans Go! To the Movies” is going to go over with ticket-buyers, the picture will likely find two distinct audiences: those who live, eat, and sleep the “Teen Titans Go!” franchise, and those who wanted to get out of the heat for a chunk of time watching a hyperactive cartoon about marginalized superheroes. It’s the big screen debut for the popular Cartoon Network series (which began its run in 2013), with producers hoping to cash in on comic book cinema fever by stretching a show that runs 11 minutes into a cheeky blockbuster that runs 90 minutes. The strain to fill the feature with stuff to do is evident throughout, but there’s a defined sense of humor on display that helps “To the Movies” get to where it wants to go, triggering sensible chuckles and a boatload of superhero cameos and references that should make it the second most pointed at picture of 2018 (placing right behind “Ready Player One”).  Read the rest at Blu-ray.com