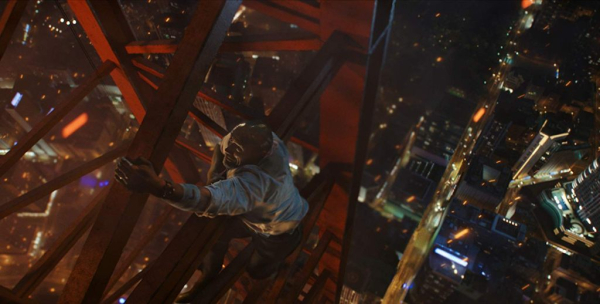 For his third release in the last seven months, Dwayne Johnson once again portrays a mighty hero up against impossible odds. There was the video game world of “Jumanji: Welcome to the Jungle,” and the…video game world of “Rampage,” but “Skyscraper” aims to be a more traditional offering of search and rescue, mashing together elements from “Die Hard” and “The Towering Inferno” to make a modern blockbuster, with gobs of tech tossed into the fiery chaos. Writer/director Rawson Marshall Thurber (“Central Intelligence”) keeps his influences close, but doesn’t learn much from them, manufacturing a flat, routine Rock-against-‘em-all thriller that’s big on CGI spectacle but very limited when it comes to the creation of true heart-stopping sequences. Other films have done what “Skyscraper” is doing, and they’ve done it better, rendering the feature numbing instead of nail-biting. Read the rest at Blu-ray.com