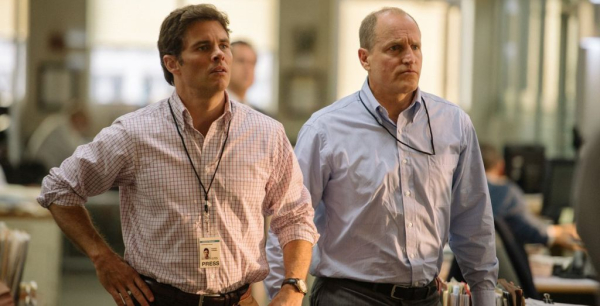 Rob Reiner has always been a political person, but his passion for world events and Washington D.C. activities has taken over his career as a filmmaker over the last year. Eight months ago, there was “LBJ,” a study of the 36th President of the United States. And now there’s “Shock and Awe,” which also examines a presidency, only this time from the perspective of journalists searching for proof that the man in charge is a liar. Reuniting with “LBJ” screenwriter Joey Hartstone and star Woody Harrelson, Reiner attempts to craft his own “All the President’s Men” with “Shock and Awe,” which takes a look at the invasion of Iraq after 9/11, highlighting the struggle of reporters tasked with understanding presidential motivation, making connections between military preparation and the politicians pulling the strings.  Read the rest at Blu-ray.com