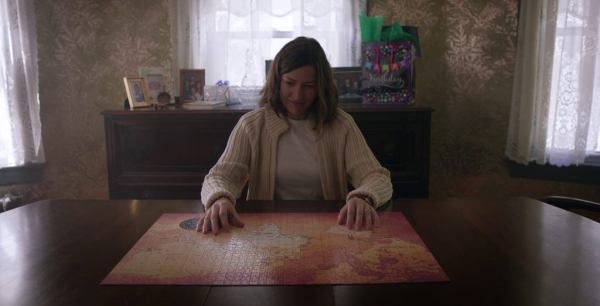 “Puzzle” presents a story that’s been done many times before, examining the awakening of a bored homemaker as she finds inspiration beyond daily duties and finds attraction to another man. It’s the stuff of Lifetime Television, where such primal urges are approached with a superficial treatment. “Puzzle” offers blue-collar New York stasis, marital shackles, and parental concern, but screenwriters Oren Moverman and Polly Mann remain attentive to the subtleties of distress and the first steps of liberation, creating a drama that’s tinged with quirk (taking place in the world of competitive puzzle assembly) but always interested in difficult spaces of communication and messy acts of empowerment. It might sound cutesy, but “Puzzle” has a real soul and interest in the working parts of its personalities, largely refusing the easy route of melodrama to capture deadening routine shattering into a hundred little pieces.  Read the rest at Blu-ray.com