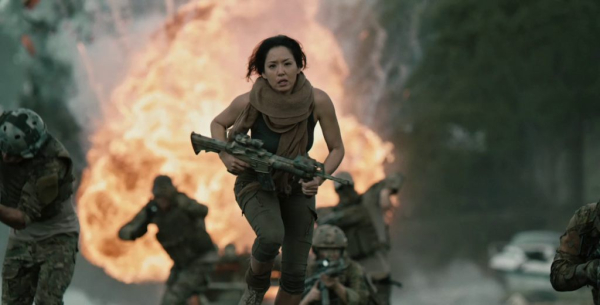 Writer/director Luke Sparke really likes “Red Dawn.” And who could blame the guy, as the 1984 actioner is an engaging ride with harrowing violence and a premise that toys with war film clichés while still delivering its own sense of honor. Sparke’s second movie is “Occupation,” and it’s basically a remake of “Red Dawn,” only instead of an Earthbound threat attempting to take control of America, the screenplay goes a little bigger, finding Australia under siege, with evil alien forces arriving from space, and they don’t come in peace. It’s the resistance versus the galaxy in “Occupation,” with Sparke layering on the clichés to fill his feature, which may be appealing to those who live and breathe this type of entertainment, but the helmer doesn’t bring anything new to the alien invasion subgenre.  Read the rest at Blu-ray.com