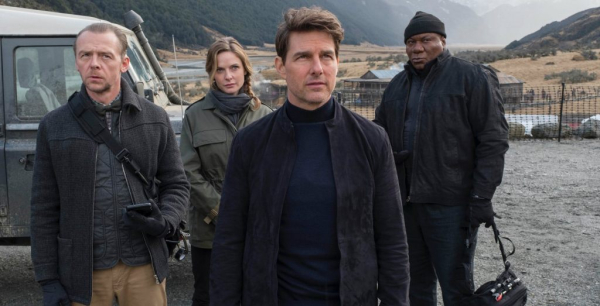 2015’s “Mission: Impossible – Rogue Nation” brought the longstanding franchise to full attention, with writer/director Christopher McQuarrie trying to leave his fingerprints on the evolving series by stretching the spy game and upping the suspense factor, bringing classic Hollywood reverence to modern blockbustering. “Rogue Nation” supplied some of the finest set pieces the big screen brand name has produced since its debut in 1996, but it also suffered from iffy plotting and pacing, with McQuarrie excited to launch the sequel but unsure how to land it. With “Mission: Impossible – Fallout,” McQuarrie is determined to show his work, creating an extended climax that will likely blow audiences away. The rest of the movie isn’t bad either, with Tom Cruise and the IMF unit continuing their impressive cinematic hustle for a new adventure that’s the most bruising to date, and the most cohesive in years. Read the rest at Blu-ray.com