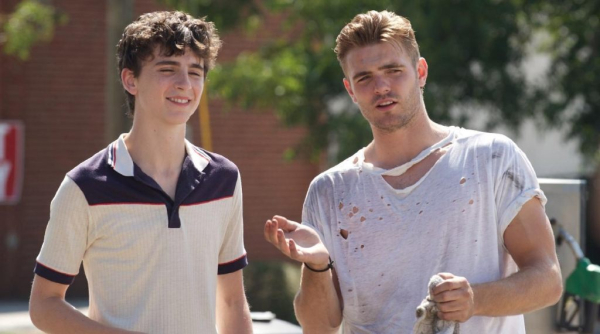 With a title like “Hot Summer Nights,” certain promises are made by the production, and they’re not kept by writer/director Elijah Bynum. The idea here seems to be a modern revival of the 1950’s greaser drama, exploring bad boy concerns in a recognizable setting, with Bynum hoping to inject as much style as possible while wrestling with a smaller budget. Lusty business is staged and generally falls apart in “Hot Summer Nights,” with the rest of the feature weighed down by tedious subplots and an overall turn to hysterics in the finale. Bynum is a first-time filmmaker and it shows, getting the movie all worked up with potential, only to suddenly lose interest in the job at hand, with the screenplay piling on clichés just to connect the dots.  Read the rest at Blu-ray.com