Film Review - Father of the Year 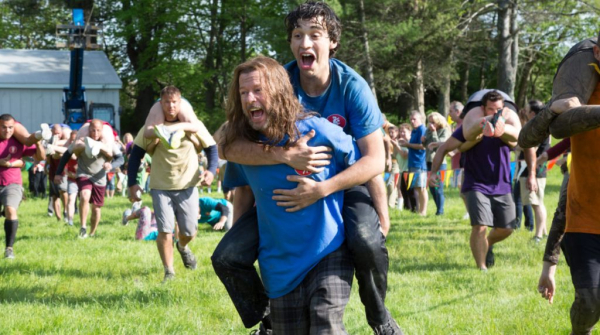 I’ve stated it in previous reviews and I’m reiterating it here: I believe David Spade is a funny guy. The snarky comedian usually does well on talk shows, and his television output has been mostly successful, while recent forays into literature have permitted him time to explore a more autobiographical path to humor, putting a personal stamp on traumatic events and humiliations, always preserving the silliness of every situation. I like David Spade, but I loathe most of his movies, which never take advantage of his timing and successfully translate his stage persona. “Father of the Year” is his latest endeavor (working once again with Adam Sandler’s Happy Madison Productions), and while it isn’t his worst picture (that honor goes to the wretched “Joe Dirt 2”), it’s pretty close, watching Spade stumble through a no-budget comedy for Netflix (apparently financed by Postmates, who enjoy a huge plug in the feature) that requires no punchlines, reactions, or acting. Just pratfalls. So many pratfalls.  Read the rest at Blu-ray.com