Film Review - Don't Worry, He Won't Get Far on Foot 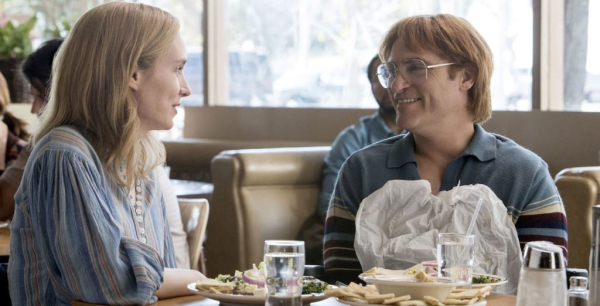 In 2008, Director Gus Van Sant made “Milk,” his passionate bio-pic of activist and politician Harvey Milk. It was work that felt vital and intimate, with Van Sant’s focus on the nuances of the story resulting in a vivid depiction of a noble life tragically ended by another. And then there was nothing for a decade, finding Van Sant obsessed with quirk (“Restless”) and environmental issues (“Promised Land”), hitting rock bottom with “The Sea of Trees,” an unexpectedly inept pass at mournful cinematic poetry that was soaked in confusion and pretention, becoming one of Van Sant’s worst films. Mercifully, “Don’t Worry, He Won’t Get Far on Foot” is a return to form for the helmer, who offers a passion project that actually plays like someone who doesn’t want to let go of the moment, showcasing a newly recharged director eagerly exploring the struggle, dark humor, and unexpected grace notes of life.  Read the rest at Blu-ray.com