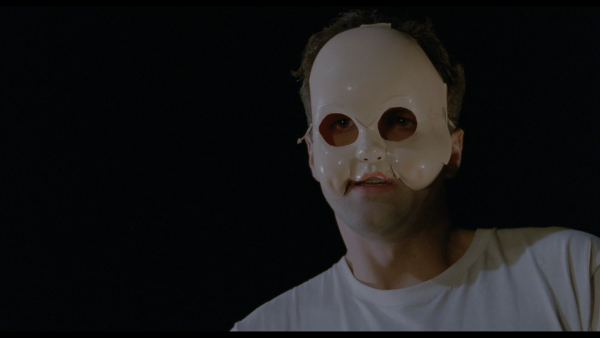 Writer/director Alexander Cassini takes an experimental route when conjuring the ravages of mental illness in 1991's "Star Time." To describe the picture as strange is an understatement, with the helmer embarking on a Lynchian tour of psychological decay, clinging to a few horror traditions to preserve some sense of movement for a production that doesn't always prize forward momentum. It's not a slasher movie, but there's a body count and masked killer brandishing an ax, delivering a sense of threat to a feature that's interested in deconstructing the ways of serial killing. "Star Time" has moments of abstraction, but it works as a swan dive into madness spotlighting a truly unhinged individual coming to terms with the expanse of his treasured media-worshiping delusions. Read the rest at Blu-ray.com