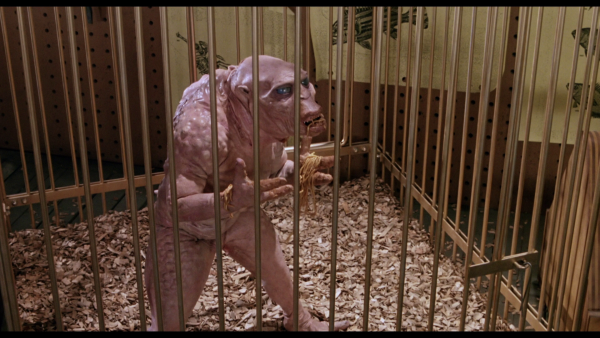 An inventive and semi-wild overview of backyard hellraising, heavy metal, and suburban survival, 1987's "The Gate" scored big with a limited budget. It featured engaged performances from its young cast and memorable special effects, with director Tibor Takacs handling a PG-13 horror movie with confidence, making sure to maintain creepiness while selling the fun factor of true minion mayhem. 1992's "Gate II" (which was completed in 1989, but suffered a distribution delay) does what it can to replicate the inherent appeal of kids fighting miniature demons, but Takacs and returning screenwriter Michael Nankin attempt to age-up the viewing experience, heading in an R-rated direction with even less money to help bring an apocalyptic vision to life. "Gate II" isn't nearly as wily as the original picture, but the production manages to score with what little they have to work with, offering neat special effects and a renewed focus on wish fulfillment to help reheat the formula.  Read the rest at Blu-ray.com