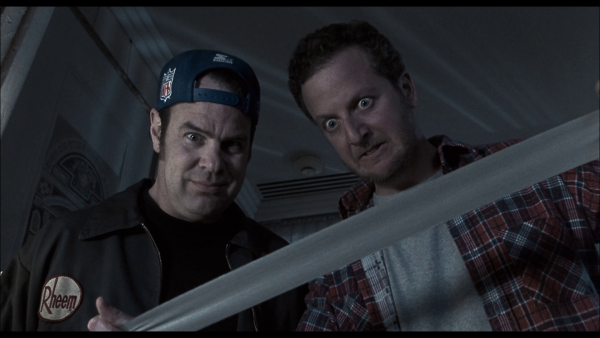 Full disclosure: I've never read Judd Apatow's original screenplay for "Celtic Pride." However, I choose to believe that whatever he was able to come up with in the initial planning stages for the film has to be funnier than what ended up in theaters in the spring of 1996. Here's a movie about fandom, taking a look at the lengths sports nuts will go to protect the good fortunes of their favorite teams, using the idea to inspire a comedy about extremes and mishaps, while saving a little space to pants the NBA and its collection of arrogant athletes. And yet, "Celtic Pride" doesn't work, missing a sharp sense of humor and fondness for farce that could elevate some good ideas into an uproarious picture. Perhaps Apatow is to blame for whiffing with a surefire premise, but, more often than not, director Tom DeCerchio is lost, preferring to have his cast scream into the camera than craft a slightly more devilish understanding of the deceptively bitter relationship between fan and player. Read the rest at Blu-ray.com