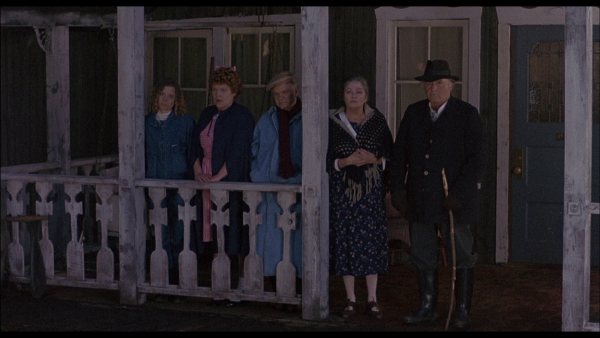 Slasher formula finds its way back into the woods for 1988's "American Gothic," which reunites hapless, inconsiderate outsiders and the mass murderers they often meet in the middle of nowhere. Writers Burt Wetanson and Michael Vines seem aware they aren't working with the freshest of premises, so they try to up the mental illness factor of the material, endeavoring to merge real-world agony with B-movie shenanigans that result in a hefty body count. Surprises are limited in "American Gothic," but the picture does have the advantage of a strong cast, with the agents of horror a familiar team of character actors in their golden years, enjoying a chance to menace the screen with thespian idiosyncrasies and veteran timing. The feature as a whole doesn't wow or intimidate with any noticeable force, but director John Hough seems to understand what he's working with, wisely putting emphasis on the most oddball and charismatic performers to get the effort all the way to an ending.  Read the rest at Blu-ray.com