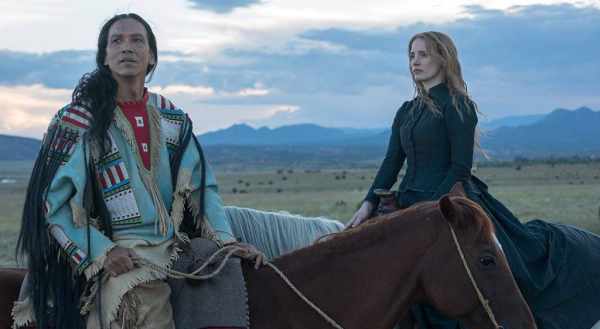 “Woman Walks Ahead” is based on a real relationship between portrait painter Caroline Weldon and Sitting Bull, with the pair sparking to one another while she assigned herself the mission to capture his likeness on canvas. However, to make the relationship meaningful on screen, writer Steven Knight has softened many of its sharp corners, hoping to locate elements of attraction between two people on opposite ends of the cultural spectrum. “Woman Walks Ahead” doesn’t becomes a Harlequin romance novel, but it certainly threatens to break out in heaving chests and wind-blown hair, with director Susanna White preserving Knight’s quest to transform art into heated activism and eventually forbidden commitment, which takes away some of the essential drama the movie communicates particularly well in its first act.  Read the rest at Blu-ray.com