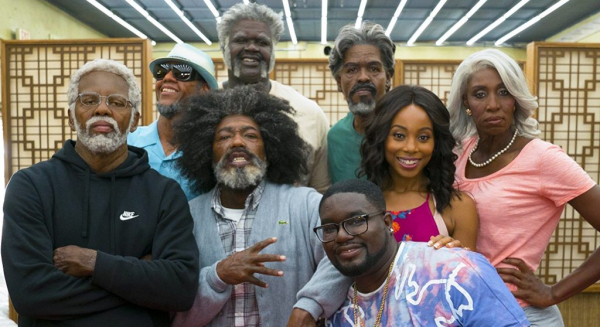 “Uncle Drew” began life in 2012 commercials for Pepsi, which were apparently popular enough to inspire a plan to make a feature film out of the idea of a young basketball player made up into an old basketball player who still dominates the game. It’s a thin premise for a movie, but screenwriter Jay Longino cranks up the Cliché 9000 machine to help churn out enough conflicts to fill two pictures. Thankfully, there’s some natural charm to “Uncle Drew” to keep away the sense of deja vu that threatens to overwhelm the production, as the effort is always at its finest when leaning on chemistry and oddity to land laughs. Longino pushes hard to give the endeavor structure, but the comedy doesn’t need boundaries, doing just fine with silliness and underdog cinema aspirations.  Read the rest at Blu-ray.com