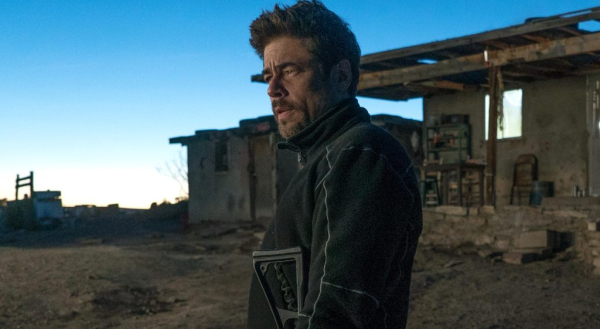 Released in 2015, “Sicario” used U.S./Mexico border issues to inspire a thriller about service and revenge, with screenwriter Taylor Sheridan using the gray areas of conduct involving the war on drugs to create a feature that studied nihilism as it constructed taut scenes of suspense. It worked due to creative efforts from Sheridan, director Denis Villeneuve, and cinematographer Roger Deakins, managing to become a small-scale hit in a difficult marketplace, attracting a sophisticated audience in the mood for a grim but effective chiller. The world didn’t need a “Sicario” sequel, but now there’s “Sicario: Day of the Soldado,” which isn’t just a follow-up, but a cinematic foundation poured for a new franchise of border-hopping adventures featuring leathered characters and twisted moral cores. Only Sheridan returns to duty behind the camera, and the absence of those responsible for the original installment is felt in a major way. Read the rest at Blu-ray.com