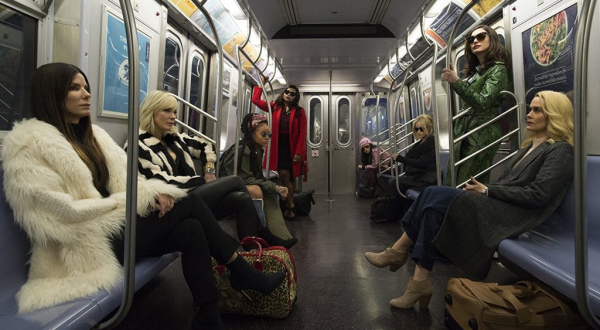 The “Ocean’s” film series was last seen in 2007 with the release of the wildly entertaining “Ocean’s Thirteen.” It was the culmination of director Steven Soderbergh’s interest in the ways of smooth criminals, sending the franchise out on a high note after stumbling with 2004’s “Ocean’s Twelve.” “Ocean’s Eight” isn’t reboot of the brand name, but a semi-sequel to the Soderbergh pictures, with director Gary Ross picking up the thrill of illegal dealings with a new cast but the same surname, handing thievery over to Danny Ocean’s younger sister, Debbie. Ross attempts to mimic parts of Soderbergh’s staccato style and dry wit, which gives “Ocean’s Eight” a nice consistency with the previous chapters, continuing the screen celebration of shifty individuals coming together for a grand con. It’s slight, on the long side, but Ross gets the machine up and running again, using a talented ensemble to launch the felonious joyride. Read the rest at Blu-ray.com