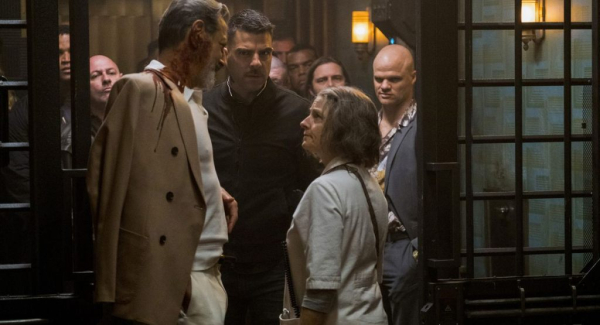 Jodie Foster doesn’t do much acting anymore, with her last screen appearance in 2013’s “Elysium.” She made some questionable (and reconsidered) accent choices in a film that quickly spiraled out of control, but her thespian authority was never in doubt. She faces a similar challenge in “Hotel Artemis,” which also presents a chewy role for the actress, only here she’s backed up by a flavorful ensemble set loose in a pulpy crime thriller that’s tight on surroundings but crammed with hostilities. Foster is excellent in the genre role, shaping something out of next to nothing, and writer/director Drew Pearce (making his helming debut) is lucky to have her around, as “Hotel Artemis” is supported in full by its performers, not plotting, helping to make the effort a breezy sit with a fair amount of suspense. Read the rest at Blu-ray.com