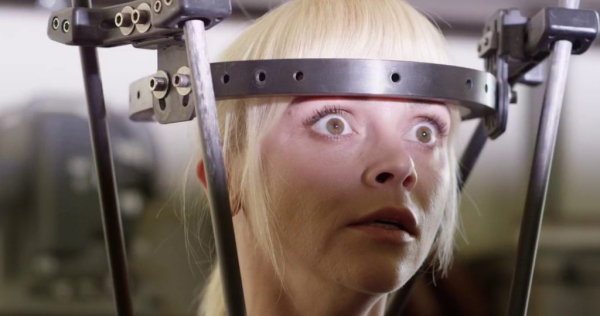 “Distorted” aims to be a thoroughly jarring viewing experience. The film takes a look at the concept of a psychotronic takeover, where dark forces, possibly the government, use subliminal messaging and mind control to turn Average Joes into puppets. It’s an interesting idea, but this is not a movie to take seriously, as screenwriter Arne Olsen serves up the same old platter of paranoia and mildly strange occurrences, trying to remain one step ahead of the audience as he attempts to engineer a proper freak out. Trouble is, “Distorted” plays one too many tricks, and its casting is abysmal, handing an intricate breakdown to an actress who isn’t capable of playing all the notes the character requires, while the actor is more concerned about covering his hair in numerous ways than he is giving an engaged performance.  Read the rest at Blu-ray.com