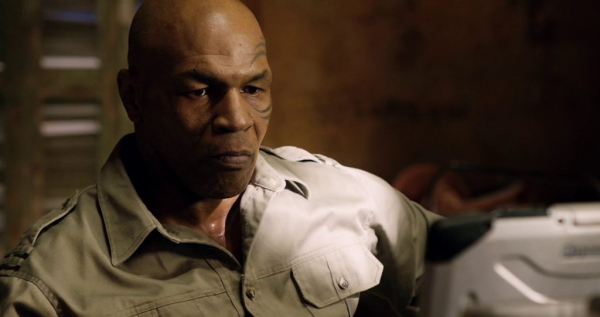 The big draw for “China Salesman” is the pairing of stars Mike Tyson and Steven Seagal, who do battle with each other and the very art of acting in the Chinese production. Their names will bring attention to the movie, which saves a fight sequence for the duo, giving the effort its lone moment of excitement, and even that’s open for debate. The rest of “China Salesman” covers the experience of the titular character, who’s not a gladiator ready to pound opponents alongside Seagal and Tyson, but a meet telecom lackey trying to bring a 3G wireless network to the far reaches of Africa. While the material is apparently based on a true story, vague authenticity is no excuse for this hilariously miscalculated slog, with co-writer/director Tan Bing gifted a chance to put on a series of physical challenges, but is more interested in the particulars of business bids and long travel to remote cell towers. Read the rest at Blu-ray.com