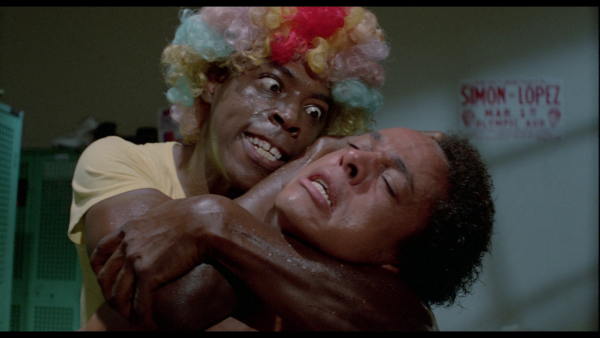 1979's "Penitentiary" was no great drama, but the prison boxing film was dedicated to showcasing true grit and horrors behind bars, adding some light insanity to play up the material's B-movie potential, welcoming people into the viewing experience. Writer/director Jamaa Fanaka doesn't continue the steeliness for 1982's "Penitentiary II," taking the sequel down a bizarrely comedic path that's more about camp than concussions, perhaps fearful nobody would show up if he dared to play the continuation straight. The guilty pleasures of "Penitentiary" are mostly gone in the follow-up, finding Fanaka out of ideas when it comes to the next chapter of the Martel "Too Sweet" Gardone saga, stripping out the inherent hardness of the setting and the participants to create a near-parody of what's come before, only storytelling skills are severely slackened, performances are nuclear, and the central idea of pugilist redemption is now nothing more than an afterthought. Read the rest at Blu-ray.com