Blu-ray Review - Blade of the Immortal 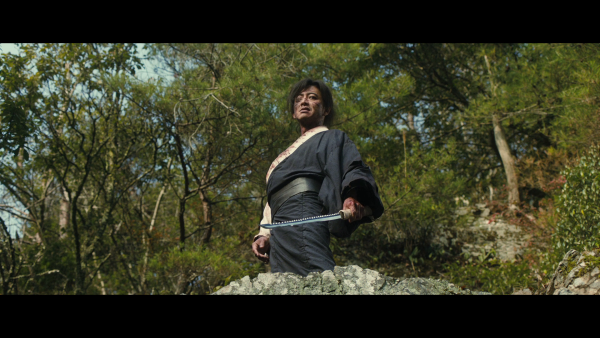 The celebratory aspect of the "Blade of the Immortal" release is the picture's status as the 100th film from director Takeshi Miike, which is no small feat when considering the man began his career ascent in 1991. He's an extremely prolific creator of violent entertainment, hitting some potent cult movie highs over the years ("Ichi the Killer," "13 Assassins"), but he's always swinging at the first pitch, keeping himself busy behind the camera dreaming up new ways to brutalize human beings. "Blade of the Immortal" is not a significant creative departure for Miike, but it does utilize his gifts for blunt aggression and screen style well, adding touches of the unreal to a samurai extravaganza adapted from a popular manga, which permits the story to generally disregard Japanese history and charge ahead as a lengthy, funky bloodbath.  Read the rest at Blu-ray.com