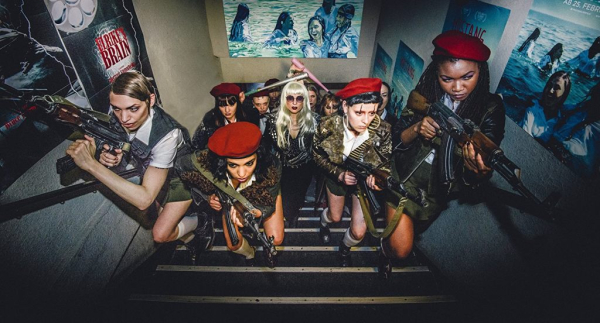 “The Misandrists” is not a movie built for a casual viewing. It’s the latest from writer/director Bruce LaBruce (“Hustler White”), and he’s not known for his careful way with onscreen elements, often using forward sexuality and heightened personalities to keep viewers on their toes. With “The Misandrists,” LaBruce explores the beginnings of an uprising, using black comedy to detail the happenings at a female-centric revolutionary group as they’re infiltrated by a man and confront rising doubts about their mission. It’s a very strange picture but also a fascinating one, and while the helmer doesn’t have a significant budget to bring many of ideas to life, he has his interests in odd events orchestrated by unbalanced characters, which gives the film a pleasingly off-kilter vibe, going a long way to cover certain limitations LaBruce can’t avoid.  Read the rest at Blu-ray.com