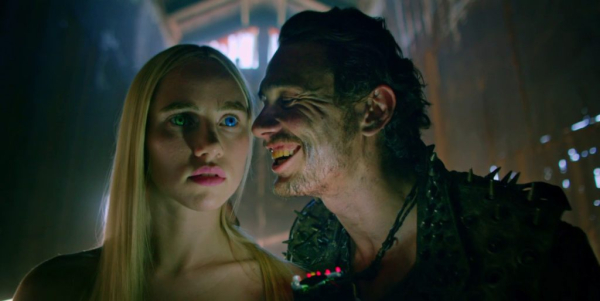 Late last year, James Franco collected numerous accolades and awards for “The Disaster Artist,” a surprisingly sincere dramatization about the making of “The Room.” However, while it was a successful directorial outing for the actor, it was hardly his only helming gig of the year, also responsible for two other movies (“In Dubious Battle” and “The Institute”) in 2017, with an additional six over the last five years. It’s the type of work output that puts Tyler Perry to shame, but while Franco’s fast, he’s also not very attentive to screen details, churning out experimental projects as a way to expand his thespian horizons, not necessarily refine his filmmaking chops. “Future World” is his latest grab-bag of tone and performances, this time trying on the world of “Mad Max” for size, seeing what he can do (with co-director Bruce Thierry Cheung) with a post-apocalyptic wasteland. The short answer: not much.  Read the rest at Blu-ray.com