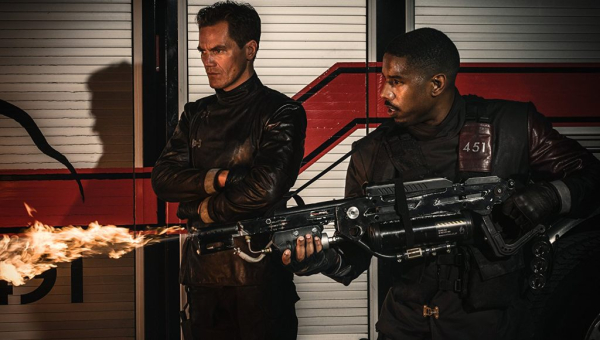 There have been many attempts to bring “Fahrenheit 451” to the screen over the last decade (Mel Gibson came awfully close on the few occasions), but now seems like the perfect time to revisit author Ray Bradbury’s iconic tale of government authority and the death of knowledge in America. The producers of the new adaptation are certainly careful not to assign the material to any specific presidential rule, which is a smart move, but the atmosphere of “Fahrenheit 451” is recognizable and its themes timely. It’s only a shame it’s not a better picture, with writer/director Ramin Bahrani generally fumbling the futureworld horror of the premise, which demands a more intricate touch than the problematic helmer is capable of offering. Read the rest at Blu-ray.com