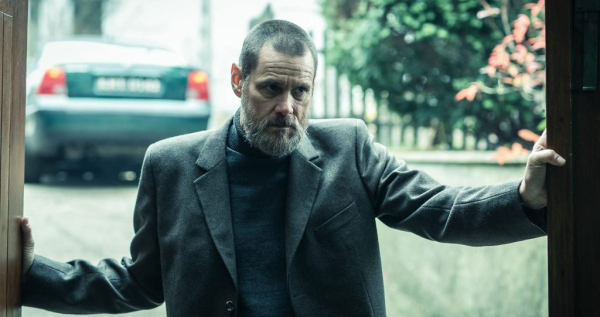 Jim Carrey’s list of dramatic performances is short, but he’s been here before. Usually, such trips to the grim side of his personality are seasoned slightly with comedy, but much like 2007’s “The Number 23,” the actor’s work in “Dark Crimes” is intentionally free of any sort of sunshine. This is Carrey purging a few demons and showcasing his serious side, but in this film, he flings himself down an abyss of perverse behavior and murder, remaining as bloodless as humanly possible. If only the picture was as committed to something specific as Carrey, with this detective tale (“Inspired by a true story”) from screenwriter Jeremy Brock (“The Last King of Scotland”) endeavoring to be more of a moody odyssey than a detailed one, offering a central whodunit that’s not interesting, while characterization doesn’t pop as significantly as Brock intends. “Dark Crimes” has Carrey, who seems like he’s auditioning for an HBO procedural, but the rest of the movie is motionless when it isn’t baffling. Read the rest at Blu-ray.com