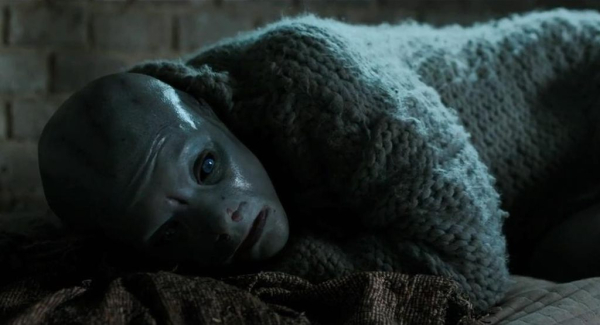 Last year, Guillermo del Toro won an Academy Award for “The Shape of Water,” which depicted a loving, sexual relationship between a mute woman and humanoid amphibian. This year, director Xavier Gens drinks from the same creative well, only his “Cold Skin” showcases a more mysterious love triangle between two salty men and the female humanoid amphibian they both strive to possess. Gens doesn’t share del Toro’s love of fantasy and textures, but he does offer intermittent intensity with his latest, which is just strange enough to pass, finding oddity often competing for scene attention with overblown dramatics. “Cold Skin” struggles to maintain pace and surprise, but Gens has the right idea more often than not, staying true to an operatic take on man vs. nature, creating something that’s better with the dark and violent stuff than anything psychologically profound.  Read the rest at Blu-ray.com