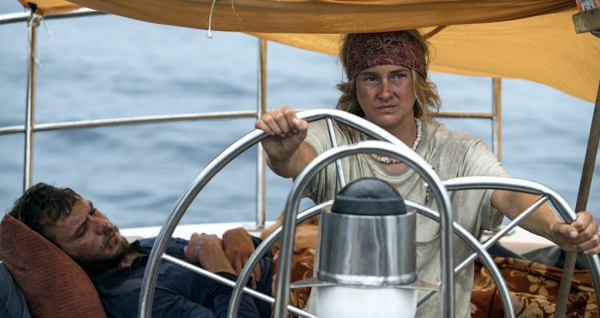 It’s not easy to make a surprising film about a true story that was covered extensively in magazine articles and news reports, and inspired a popular book. However, the makers of “Adrift” are willing to give it a try, working a little movie magic to turn known quantities into renewed suspense, recounting the story of Tami Oldham Ashcraft, who entered a hurricane while sailing across the Pacific Ocean, only to come out the other side with a severely damaged boat, while her fiancé, Richard, was washed overboard. It’s a harrowing tale of survival, but in the hands of director Baltasar Kormakur, “Adrift” isn’t always about the details of self-preservation, maintaining a tight grip on the romantic aspects of Tami’s tale as a way to remain marketable to a wider audience. Suspense is there intermittently, but the screenplay doesn’t trust inherent dangers and tests of endurance, downplaying real-world horrors to coast along on Hollywood conventions. Read the rest at Blu-ray.com