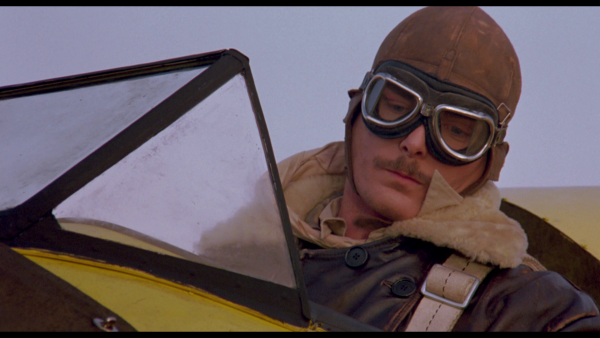 After experiencing the critical and commercial disappointment of 1983's "Superman III," Christopher Reeve returns to the skies in 1985's "The Aviator," though he's no longer in superhero mode. Trading blue and red tights for a leather jumpsuit, Reeve plays an emotionally and physically wounded pilot for the burgeoning air mail industry in this period piece, which pairs the star with Rosanna Arquette for maximum discomfort. The novelty of seeing Reeve in the air again wears off fairly fast, as "The Aviator" quickly reveals itself to be a leaden melodrama with mismatched stars and clunky screenwriting trying to marry mountainside survival activity with a postmortem analysis on wounded war pilots. The movie goes everywhere but up, failing to generate interest in the longevity of two annoying characters who insist on making a bad situation worse for themselves, with the production insisting it's creating something of a romance when it's actually inspiring a headache with this achingly insipid effort. Read the rest at Blu-ray.com