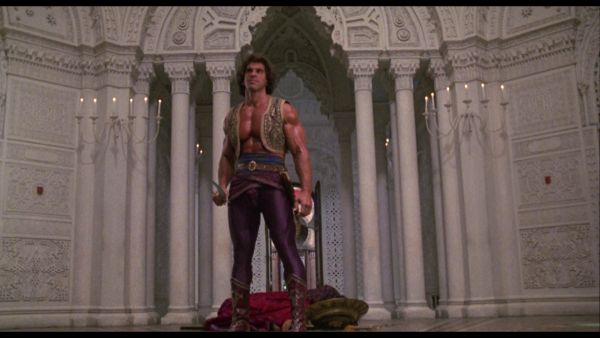 Rarely have I seen a movie work as hard to tell a story as 1989's "Sinbad of the Seven Seas." The Italian production has a lot of sequences to get through, but no real way to tie everything together, offering intrusive narration to act as the illuminated lamp working through the editorial darkness, while the picture opens with an extended explanation that it's an adaptation of Edgar Allan Poe's "The Thousand-and-Second Tale of Scheherazade," despite having almost nothing in common with the short story. "Sinbad of the Seven Seas" is a great many things, which immediately confuses the production, watching star Lou Ferrigno flex, bend, and smash enemies as Sinbad, but he's no match for a feature that plays like a trailer, jumping from one adventure to the next without interest in establishing any connective tissue.  Read the rest at Blu-ray.com