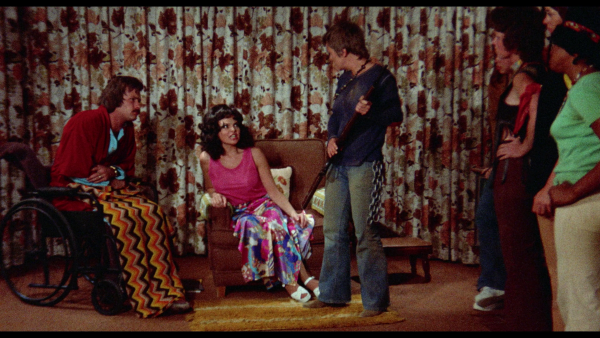 Director Stephen C. Apostolof (credited here as A.C. Stephen) and screenwriter Ed Wood collaborated on multiple occasions, with the "Plan 9 from Outer Space" helmer churning out scripts that embraced low-budget possibilities, with exploitation highlights employed to create marketplace demand for the pictures. Their partnership began with 1965's "Orgy of the Dead" and eventually made its way to 1974's "Fugitive Girls" (a.k.a. "Five Loose Women"), and, much like "Dead," the feature does away with most dramatic necessities to charge ahead as a women-on-the-run endeavor, complete with broad characterizations and frequent nudity. It's nonsense, but as B-movie entertainment, Apostolof and Wood rarely pretend that they have anything but sleazy weirdness to share, and the filmmaking honesty is refreshing. Read the rest at Blu-ray.com