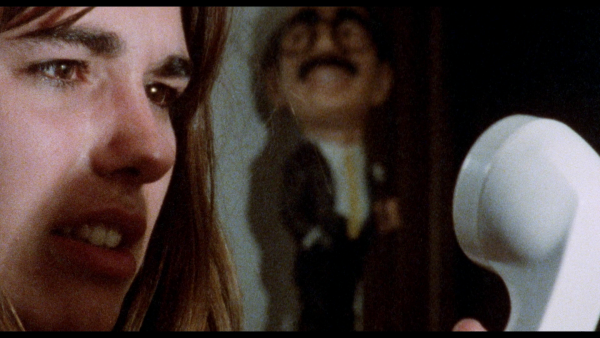 Before he made a name for himself with 1988's "Psychos in Love," writer/director Gorman Bechard launched his helming career with 1984's "Disconnected," bringing one of his own short stories to the big screen. Ambition runs high in this production, with locations wallpapered with images of classic actors and filmmakers, finding Bechard trying to pay tribute to beloved cinema with this genre freak-out, which combines a serial killer story with mild Lynch-ian abstraction, hoping to generate a modicum of mystery with brief visits to the unknown. What Bechard lacks is skill, finding his introductory production struggling to connect the technical and narrative dots, ultimately offering an amateurish tour of sex and violence, and one that struggles with the basics in cinematography and sound recording. "Disconnected" isn't entirely unappealing, as some scenes do manage to hit their intended mark of insanity, but Bechard struggles to put together simple ideas, rendering the effort almost incomplete at critical moments. Read the rest at Blu-ray.com