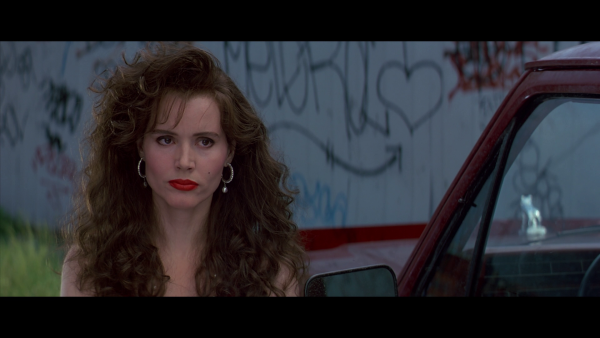 1994 represents a period of stumbling in the career of Geena Davis. After reaching critical and box office highs with "Thelma and Louise" and "A League of Their Own" in the early 1990s, Davis had trouble keeping up the pace, with 1994 hurting her momentum with the release of "Speechless" and "Angie," a feature which offers a leading role most actresses would kill for, tasked with portraying a complicated woman who quests for independence while smothered by tradition. Davis is up for the task, taking the part seriously with a strong lead performance that hits all the emotional bullet points, but "Angie" has problems with focus, with director Martha Coolidge struggling like mad to keep the titular character on a defined journey of self as dozens of subplots and supporting characters compete for attention. It's a dramatic juggling act Coolidge has difficulty mastering, sending the final cut smashing across melodramatic extremes that dilute the intense character odyssey promised in the opening act. Read the rest at Blu-ray.com