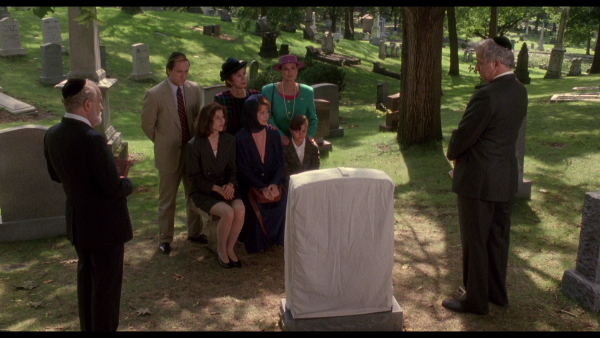 It's hard to argue with the thespian skill on display in 1993's "The Cemetery Club." The combination of Ellen Burstyn, Olympia Dukakis, and Diane Ladd offers a level of professionalism that would aid any production, and it just so happens that this picture needs all the help it can get. Writer Ivan Menchell brings his play to the screen, but there's not much of a translation, finding the staginess of the material creating a stiff, dry feature. Director Bill Duke takes a breather from violent escapades (including "A Rage in Harlem" and "Deep Cover") to helm this soft take on grief and friendship, but he's not interested in challenging Menchell's work, preserving the theatrical experience for the movie. "The Cemetery Club" is notable for its casting and attention to the needs of fiftysomething women, but it's rarely amusing and seldom profound, providing flavorless conflicts for its intended demographic, who deserve a little more intensity when dealing with matters of a broken heart.  Read the rest at Blu-ray.com