Film Review - The Week Of 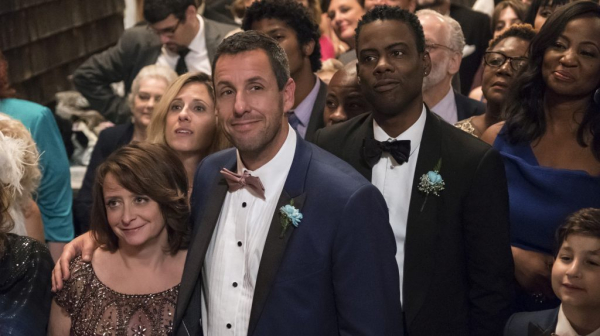 It’s been a long time since Adam Sandler really scored with a comedy. He’s lost a lot of his goofball charm over the years with movies that either tried too hard to be heartwarming family entertainment or never had the proper slapstick vision to begin with. “The Week Of” marks the directorial debut for Robert Smigel, a former “Saturday Night Live” writer and the creator of Triumph, the Insult Comic Dog, and while he’s been on the Happy Madison payroll since the beginning, this is his first real shot a creative authority. The promotion is most welcome, with Smigel (who co-scripts with Sandler) creating a charmingly manic farce with “The Week Of,” playing with wedding build-up clichés and absurdity with remarkable fluidity and appreciation for non-sequitur humor. It’s a very funny film when it wants to be, and mercifully, such desire makes up most of the run time, refreshing Sandler’s screen appeal for a good two hours of decent laughs. Read the rest at Blu-ray.com