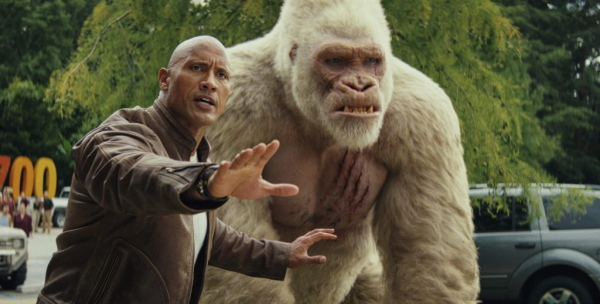 “Tomb Raider” was released a few weeks ago, and now there’s “Rampage,” making this spring flush with feature adaptations of popular video games. However, with “Rampage,” the process to bring arcade highs to the big screen is a bit trickier, as the original 1986 release wasn’t exactly an open world game, offering players only the most basic in button-mashing entertainment. It was a chance to live out “Godzilla” fantasies, offering a simple showdown between panicking humans and gigantic monsters, with the pleasures of the game coming from mass destruction and growling antagonists. Turning the brand name into an event movie was never going to be easy, but director Brad Peyton only seems interested in creating noise, not excitement, as his helming duties here primarily consist of adhering to an embarrassingly crude screenplay and overseeing one of the worst ensembles of the film year. Read the rest at Blu-ray.com