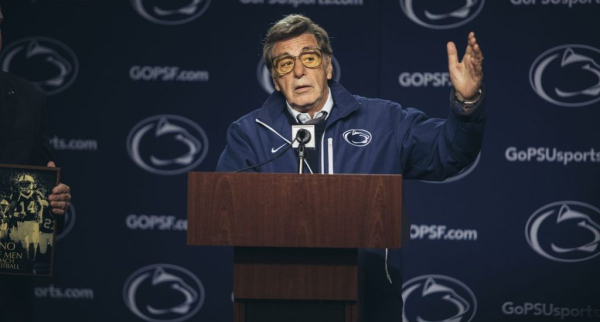 In 2010, Barry Levinson and Al Pacino teamed up for “You Don’t Know Jack,” which explored the saga of Dr. Jack Kevorkian and his controversial “death machines.” The picture was not only a riveting drama about a taboo subject, but it managed to make Pacino an interesting actor again, briefly snapping the screen legend out of his paycheck haze. Eight years later, they’ve reteamed for “Paterno,” once again detailing an unsavory topic with confidence, this time dramatizing the whirlwind around Penn State football coach Joe Paterno and his ties to retired coach Jerry Sandusky, a pedophile who viciously abused his trust with children. “Paterno” is already commencing a tightrope walk with this subject matter, but Levinson manages to dissect the case with care, exploring the murky waters that separate willful ignorance and permission. And Pacino does wonders again with a true crime part, generating a sense of downward momentum to a man who once stood with the football gods, only to see everything he worked for disappear over a hellacious weekend.  Read the rest at Blu-ray.com