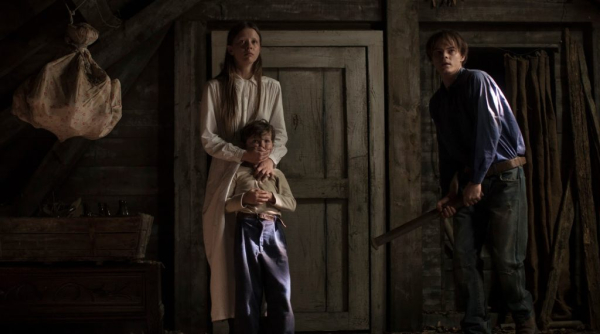 “Marrowbone” is an odd cocktail of genres and cultural influences. Half the film reflects its country of origin, with the Spanish production pursing chills and ghostly encounters the local industry is known for. The rest of the picture plays like an English melodrama, with icy characters wrestling with unspoken desires, making dignity-decimating discoveries along the way. One could consider “Marrowbone” an ambitious effort in the manner it wants to sample softness and horror, but writer/director Sergio G. Sanchez (making his helming debut) doesn’t have the training to marry distinct moods, rendering the movie ineffective in both terror and heart, muting whatever eeriness is meant to emerge from this misfire.  Read the rest at Blu-ray.com