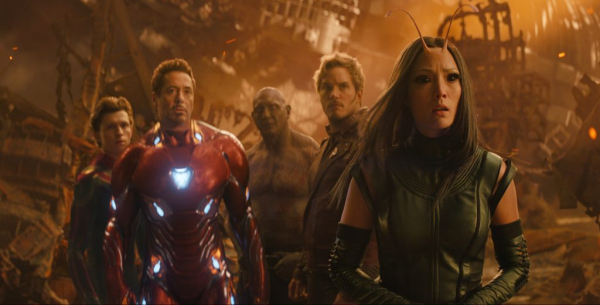 For their 19th film, the Marvel Cinematic Universe is looking to shake things up in a significant way. Marvel Studios has adhered to formula before, building a brand name with superhero feats of strength and crisis-solving, spinning an intricate web of characters and motivations. With “Avengers: Infinity War,” the company is looking to add a more pronounced element of surprise, uniting all the big names and fringe players for battle against a powerful foe, and one who’s capable of wiping out the universe with the snap of his fingers. Directors Joe and Anthony Russo try to make the specialty of the community effort unique, generating a sprawling epic that crosses galaxies and takes lives, ordering up towering action sequences and primal emotions, delivering the most psychologically complex MCU event yet. “Infinity War” isn’t concerned with endings, but as set-ups go, it’s a humdinger, going apocalyptic while still retaining familiar beats of humor, heart, and body-smashing confrontations. Read the rest at Blu-ray.com