Blu-ray Review - The Whales of August 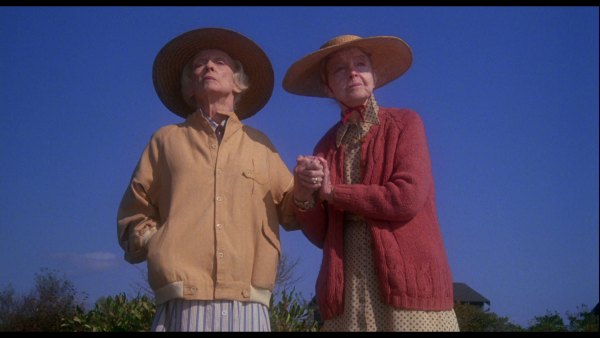 Some will watch "The Whales of August" for its dramatic content, but most coming to the 1987 production are most likely spending time with the picture for a chance to see stars Lillian Gish, Bette Davis, Ann Sothern, and Vincent Price in action near their end of their respective careers. It's premiere time with acting legends, and director Lindsay Anderson understands just what he has here, permitting the ensemble to make the most of the feature, which is an adaptation of a David Berry play. "The Whales of August" isn't particularly thunderous went it comes to creating tension, and the story is practically nonexistent, but it does offer an opportunity to watch icons in motion, generating unusual chemistry with a tale that plays to their advanced ages, addressing the pain of the golden years, especially when true communication between loved ones is blocked. Read the rest at Blu-ray.com