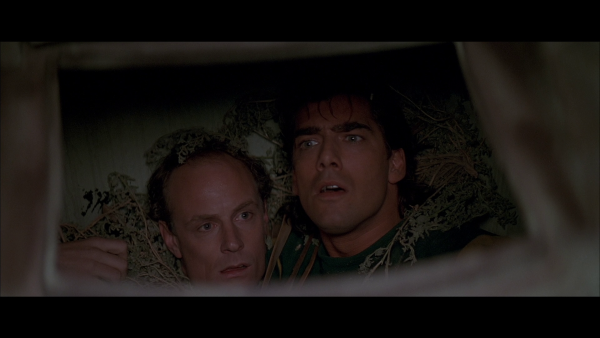 While an anticipated release during the summer of 1988, few expected "Die Hard" to do much business, with industry coverage focused on the size of Bruce Willis's paycheck, not the masterpiece he was starring in. When "Die Hard" became one of the biggest moneymakers of the year, rival studios wanted their own version of the "Die Hard on a blank" formula, which began to take shape during the 1990s. Sure, we all have fond memories of "Speed" and "Under Siege," but there are countless forgotten rip-offs, including 1991's "The Taking of Beverly Hills." The picture was meant to entertain with rampant violence and make a big screen hero out of star Ken Wahl, and it's certainly a loud distraction, with plenty of mindlessness orchestrated by director Sidney J. Furie. "The Taking of Beverly Hills" is ultimately too one-note to compete in the subgenre, but it certainly has its heart (or fist) in the right place, with the production trying to generate as much mayhem as possible with the one-man-army premise.  Read the rest at Blu-ray.com