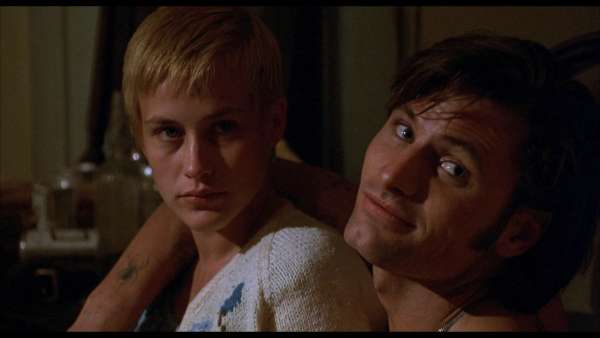 After years spent making trouble for other directors, actor Sean Penn elected to take matters into his own hands for 1991's "The Indian Runner," assuming helming and screenplay duties, taking dramatic inspiration from "Highway Patrolman," a song off Bruce Springsteen's 1982 album, "Nebraska." Penn would go on to have an erratic career behind the camera (scoring with "The Crossing Guard" and "Into the Wild," but stumbling recently with "The Last Face"), but it's interesting to see early cinematic interests immediately taking shape, with this American tale of brothers and disaster blending the raw energy of a Cassavetes picture (the helmer is thanked in the end credits) and the screen poetry of a Malick movie, ending up muddled and heavy-handed, but not without stunning moments of pure visual communication. "The Indian Runner" doesn't feel like a complete story (an expected result when inspiration comes from a five-minute-long song), but it's not without beautifully human moments and certain directorial flair from Penn and his tireless ambition to put everything rattling around his head on the screen.  Read the rest at Blu-ray.com