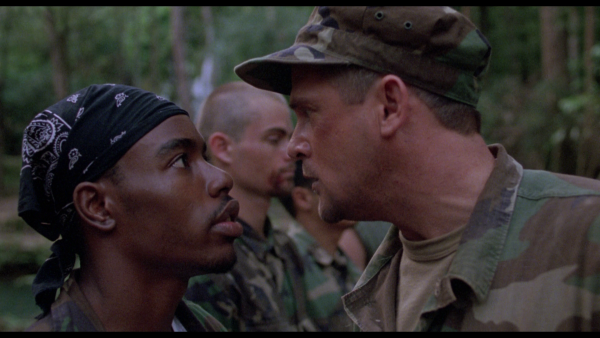 Once the figure of youthful idealism in 1988's "Platoon Leader," Michael Dudikoff returns to duty in 1995's "Soldier Boyz," maturing into a gruff leader of a makeshift military force. Losing all semblance of wartime commentary to march ahead as a boomy actioner, "Soldier Boyz" goes the "Dirty Dozen" route, mixing combustible personalities and mercenary challenges, with director Louis Morneau making sure to blow something up every 15 minutes, keeping the audience awake as they're forced to endure clichés between blasts of jungle-based hostilities. Read the rest at Blu-ray.com