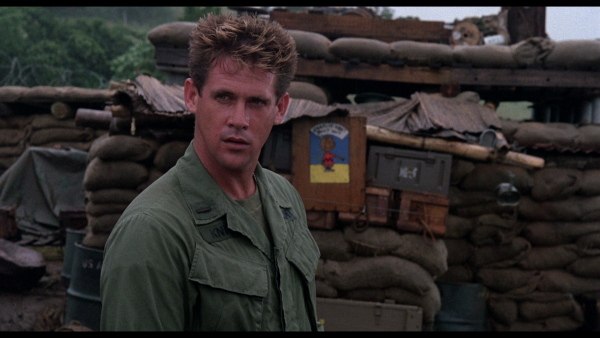 While cinematic inspections of the Vietnam War were already in place by the time "Platoon Leader" was released in 1988, it's the awards-sweeping success of 1986's "Platoon" that's truly the reason why the movie came to be. Hungry for their own take on wartime misery and the death of innocence, Cannon Films brings an adaptation of James R. McDonough's memoir to the screen, but they go about it in a distinctly Cannon Films fashion. Instead of hiring a thoughtful person for the job, they bring in Aaron Norris, a man who's already had his way with Vietnam, helming "Missing in Action III," which starred his brother, Chuck. Instead of bringing on a capable star, they hire "American Ninja" hero, Michael Dudikoff, who seems like a nice guy, but can't quite reach imagined dramatic heights with this deathly dull actioner.  Read the rest at Blu-ray.com