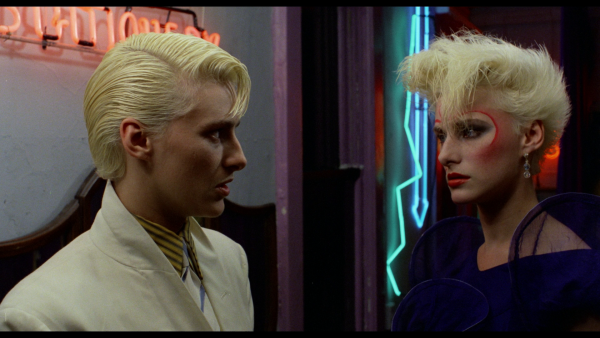 It's interesting to watch a feature about alien activity that genuinely feels like it comes from another world. In fact, 1982's "Liquid Sky" is made on Earth, but co-writer/director Slava Tsukerman doesn't pay attention to such planetary limitations, masterminding a deep dive into art-world interests during the rise of the New Wave movement in New York City, coming up with a take on period tastes that merge in-the-moment filmmaking with genre touches, going the sci-fi route to explore the strange marriage of personal expression and self-harm. Tsukerman isn't making a movie about a scene, he's creating one with "Liquid Sky," which revels in its abstraction, blasting the screen with style and color, defiantly remaining out of bounds as it provides viewers with a specialized viewing experience, which resides somewhere between challenging and ridiculous.  Read the rest at Blu-ray.com