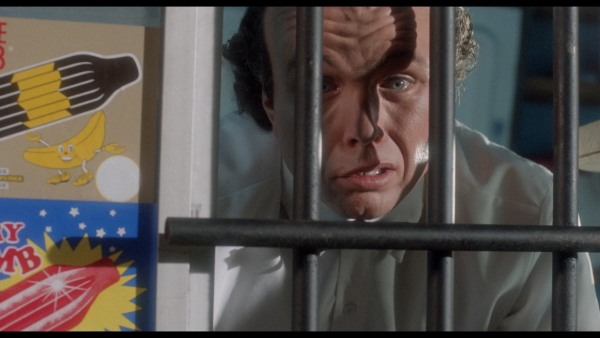 Clint Howard has appeared in a great number of movies, but he was born to play the titular monster in 1994's "Ice Cream Man." It's the perfect marriage of actor and part, requiring Howard to go wild as a cartoonish creeper, flaring up his looks and bottoming out his voice to join horror history as serial murderer who spends as much time killing as he does crafting frozen treats. "Ice Cream Man" isn't an entirely successful endeavor from screenwriters David Dobkin (who would go on to direct "Wedding Crashers") and Sven Davison, who engage in a battle of tone, working to craft something scary that also plays like a "Goonies" sequel, unsure if they want to unnerve viewer or delight them with an adolescent adventure. "Ice Cream Man" struggles to find stable ground, but when it focuses on Howard and his grand commitment to the role, it delivers the genre goods, as wild-eyed and raspy as hoped for.  Read the rest at Blu-ray.com